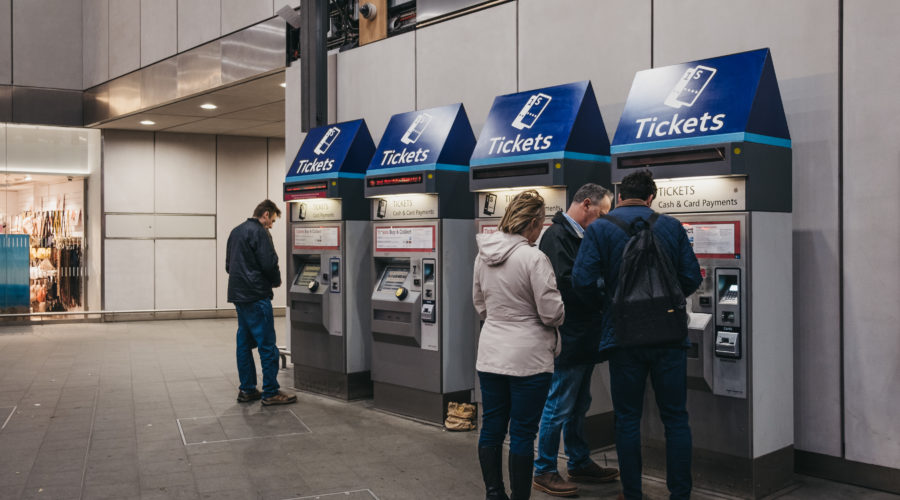 On the 2nd January train ticket prices increased nationwide by an average of 3.4%. This is the biggest hike in ticket prices since 2013, and has resulted in huge protests across the country. The Department for Transport have said that the price hike is in line with the rate of inflation; however, with this rate currently standing at 2.9% this doesn’t seem to be the case.

The 3.4% rise is not a fixed rate either, but an average, and depending on the journey you take and the rail company you use, the price increase could be a lot more or a lot less than this. For example, a single from London to Slough on Great Western Railways has increased from £9.60 to £10.50 – an increase of 8.5%, whereas an anytime ticket from London to Manchester on Virgin Trains remains at £338.

With over 1.7 billion train journeys made each year, this increase will have a huge impact on the public. However you don’t have to stand by and allow the changes in price to affect you, as the following tips will ensure that you don’t get ripped off when buying your train ticket. Rail networks are contractually obliged to release tickets for their trains at least twelve weeks in advance. Discounted tickets are then often released a couple of weeks later. Some of these early booking discounts can be as much as 90% off the standard price, potentially saving you hundreds of pounds off a return journey.

Trainline have added a price predictor tool to their mobile app, which uses previous data to predict when the discounted tickets will go up in price. It should be remembered that this is just an estimate and won’t necessarily be 100% accurate, but it can be a great advantage when you want to get cheap tickets and have yet to finalise your plans.

If you use this tool, do not buy from Trainline, as they have expensive booking fees. Instead book direct from the train company or from NationalRail.com.

If you’re travelling long distance, it might be cheaper to split your ticket. This is where you buy multiple tickets valid between individual stations. Although this may seem like a more expensive option than buying one ticket to your destination, you could end up saving over £100.

For example, a train from Cardiff to Newcastle could cost as much as £294. However, by splitting your journey into multiple parts, you only have to pay £114, saving you over £180. Doing this is completely legal, as long as the train you are on stops at all the stations listed on your tickets. You don’t need to work out the cheapest route for yourself either. Splitticketing.com searches the National Rail website to find the cheapest tickets available for your route.

Similarly, you would expect a return ticket to be better value for money than two singles, although this isn’t necessarily the case. A lot of deals are only available on one-way tickets, and so it may be cheaper to buy two singles.

There are also stories of first class tickets being cheaper than standard class during particularly busy periods if the first class carriages have been undersold. Always check the difference in available ticket prices before booking to ensure that you don’t get caught out.

See If You Can Get a Railcard

If you spend more than £90 a year on train travel, you could save a third off your ticket price by getting a railcard. They are generally £30 a year or £70 for three years, and give discounts on most train journeys, with certain exceptions made for individual railcards.

The 16-25 Railcard is available for all young people, and an 18-30 railcard is being trialled this year in certain parts of the country, with plans to roll it out nationwide later in the year. You could also use a 16-25 railcard until you’re 27 if you buy it at the right time. If you buy a three year railcard on the day before your 24th birthday, the card won’t expire until the day before you turn 27!

There is also the Family and Friends Railcard which allows you a third off the price of a train ticket for you and three other adults, and 60% off for up to four children travelling with you. If you travel a lot with a partner or friend, the Two Together Railcard gives two named people a third off their train fare when travelling together.

If travelling from London to the East Midlands, you could net huge savings. Megatrain sells hundreds of single tickets on East Midland Trains for between £1 and £7. Because these are regarded as “surplus” tickets, they are usually not available until 30 days before the date of your journey.

In these circumstances, it might be better value for money to wait for these tickets to become available, rather than buying in advance. Unfortunately however, they are only available when travelling to seven select destinations on the East Midlands Trains line.

Ticket machines don’t display discounts, and so will often trick you into buying a more expensive ticket than you need to. An inquiry last year found that one in five people either pay too much or too little when buying a ticket at a machine. This is largely due to restrictions applied to certain tickets that the machines do not make clear to customers during the purchase.

All ticket machines were meant to be updated by the end of 2017 to make them more user-friendly, however at the time of writing only 30% of machines have been, with the other 70% due by the end of the year.

« Do I Have To Suffer Through BT’s Price Hike?
How Young Drivers Can Save Money on Car Insurance »