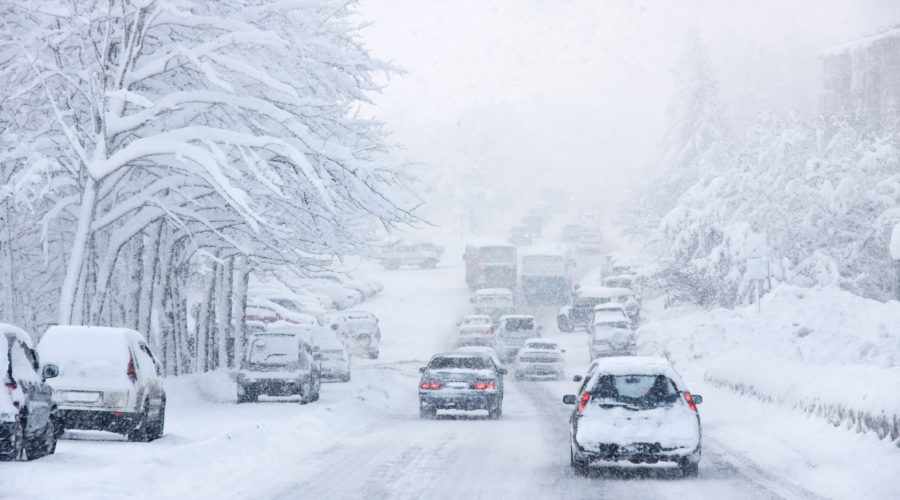 Like every year, the snow storms that have recently swept the country have caused a national panic, with everyone being completely unprepared for the fact that it gets icy over the winter. This naturally means that schools were closed, trains and planes cancelled, and the roads became dangerously icy. Because snow is so rare in this country, it can be hard to know what your rights are if it has trapped you inside.

The bad news is that if your work is open but you are unable to get in, your employer isn’t obligated to pay you, unless it’s stated in your contract that you will be granted paid leave for adverse conditions. Your employer can’t make you come to work if it is dangerous to do so, so you may have to take unpaid leave in such circumstances.

To make up for any time you take off, your employer may ask you to work from home or else work extra hours further down the line. In theory, your employer can make you take annual leave for time you take off during the bad weather. However, they need to give you double the amount of notice as amount of time you need off, and as you can’t accurately predict the weather, or know how it’ll affect your ability to get to work, it’s unlikely that they’ll be able to do this.

The good news is that if your place of work itself is closed for the day, your employer can’t deduct your pay, force you to take leave, or make you work from home.

If your child’s school is closed and you can’t make alterative childcare arrangements, you are entitled to take unpaid leave in order to look after your child. The law entitles you to take “time off for dependants” and therefore your employer cannot force you to go into work if you have children to look after, regardless of your own ability to get into work.

There is no official limit to the amount of time you’re allowed off, but the guidelines state that it must be “reasonable”, so it’s important to continually keep your boss informed of your situation.

When it comes to getting compensation for cancelled trains and flights during the bad weather, things get a lot more complicated. If your train is cancelled and you have an open ticket, you can get on another train without any problem. If your ticket is restricted to a certain time, however, you can only travel on another train if the train you’re scheduled to go on is cancelled, so you cannot if its only been delayed. Compensation can be claimed for train delays, but the rules for this vary between train firms. If your train is delayed by more than thirty minutes, you can generally get at least 50% of your train fare back.

You can also get a refund if you have booked a ticket in advance and are unable to leave the house because of the weather. The way to do this will depend on how you bought the ticket and what train company you booked through; however, you will generally have 28 days to claim your refund.

If you have booked a flight that is cancelled due to bad weather, EU law stipulates that airlines must provide you with either a refund, or an alternative flight.

If you choose to take an alternative flight later that day, or your flight is simply delayed by more than two hours, airlines have to provide you with services such as food, drinks and telephone calls.

Unless your delay or cancellation is the airline’s fault you are unlikely to be given additional compensation beyond a refund, as changes in weather, such as snow, are considered “extraordinary circumstances” that cannot be foreseen by the airline. You may have a claim, however, if the airspace is open, because your flight may still be able to take off, and so any cancellation is down to the airline’s discretion, not the weather.

Similarly, airlines often claim that if the temperature falls below zero, planes cannot be de-iced. Whilst this used to be regarded as an “extraordinary” circumstance that did not warrant compensation, this is no longer the case. Guidelines stipulate that airlines must have a sufficient supply of de-icer and that it should be used in enough time for flights to run on schedule.

Other potential claims for compensation include the airline being short of staff due to lateness, or exceeding the maximum permitted working hours.

If your flight is running on schedule, but train or road delays stop you from arriving in time, you may be able to get at least partial compensation through your travel insurance provider. Your ability to do this often varies between providers, so check your policy before making a claim. You’ll also have to prove that you allowed a reasonable amount of time for your journey, which is often very hard to do.

« Quick Ways to Make Money – Selling Second Hand Goods
Do I Have To Suffer Through BT’s Price Hike? »